An Unforgettable Day in Yellow

Alexis Vuillermoz and the entire team battled hard during the third stage of the Critérium du Dauphiné to try hold onto the yellow jersey, but unfortunately, it slipped away.

This morning at Saint-Paulien, the traditional pre-stage signature podium had a special significance for Team TotalEnergies and the new leader of the general classification. Clad in yellow, Alexis Vuillermoz came forward sporting a giant smile. The Jura native was unfazed by the horde of photographers and reporters and remained focused on his main objective: holding onto the yellow jersey. 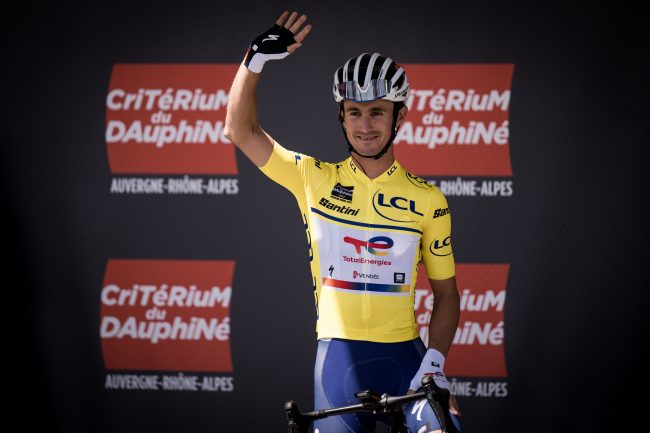 An Entire Team Behind Its Leader

Six riders broke away during this third stage and Team TotalEnergies worked seamlessly to maintain a reasonable distance.  Jumbo-Visma also got involved to avoid any traps. When it came time to start the final climb, the riders caught up with the remaining breakaway group and the battle for the stage victory began in earnest. Alexis Vuillermoz fought like a lion, but the previous day’s efforts got the best of him one kilometer before the summit. Some 30 riders had victory within their sights at the last kilometer flag. At the very end, David Gaudu pulled ahead of Wout van Aert in the final sprint. Even so, van Aert recovered the yellow jersey taken away by Alexis Vuillermoz the day before. 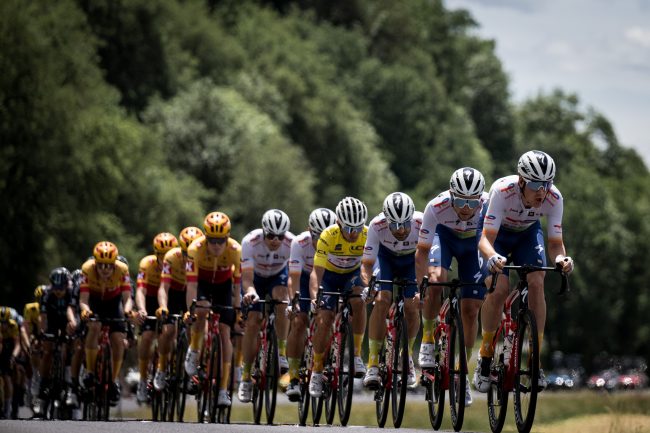 Alexis Vuillermoz: “I had a fantastic team with me.”

It was a memorable day for Alexis despite losing the jersey:

“The guys did an incredible job. I think they kept the entire pack in check. I want to thank them for giving me the possibility to defend my yellow jersey this way. I really gave it my all. Unfortunately, I was kilometer short for catching the lead group. I didn’t want to give up even when they pulled ahead. I kept full on until the finish out of respect for the jersey and for the team that fought alongside me. Yesterday took a lot of energy. We had very good preparation with the team in the Sierra Nevada in Spain. It’s a good sign for the stages ahead.”

On the schedule for tomorrow: a 31.9-kilometer individual time trial between Montbrison and La Bâtie d’Urfé. 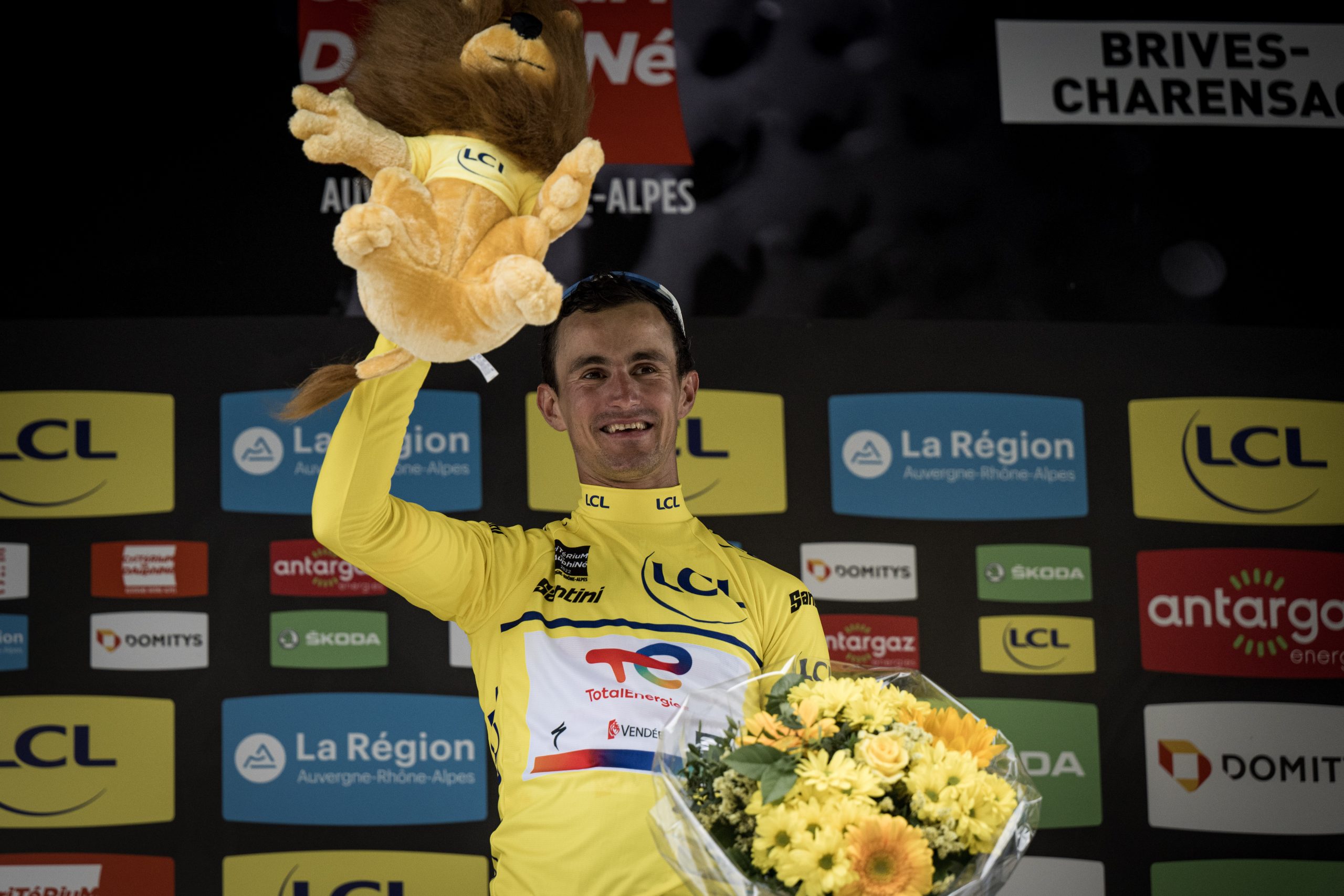 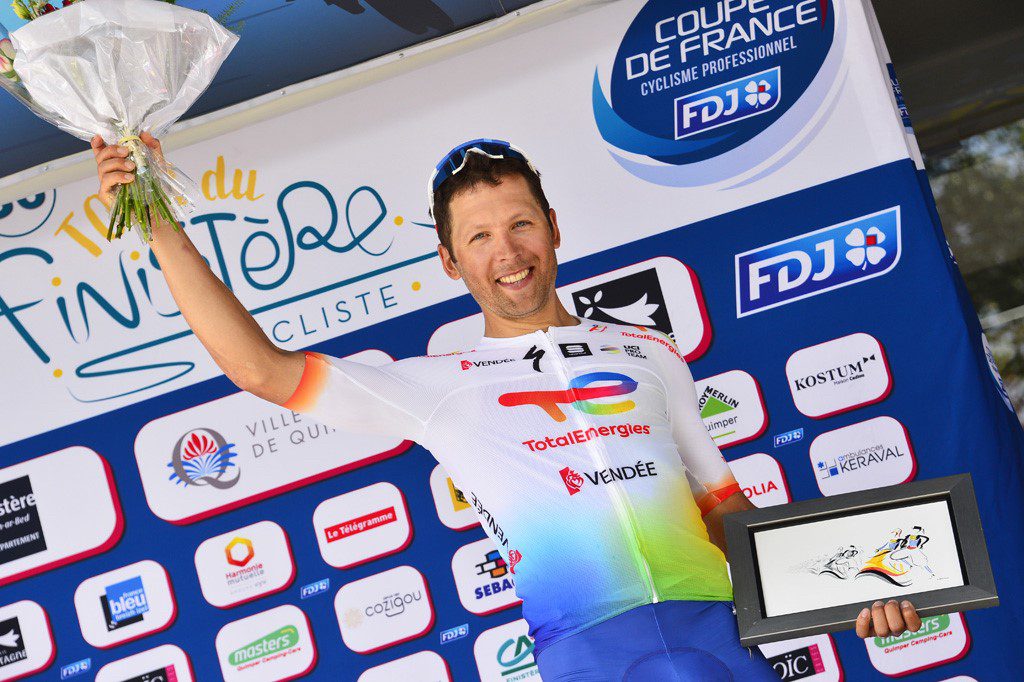 Julien Simon is back!
A week after his success at the Grand Prix du Morbihan, Julien Simon has put another victo... 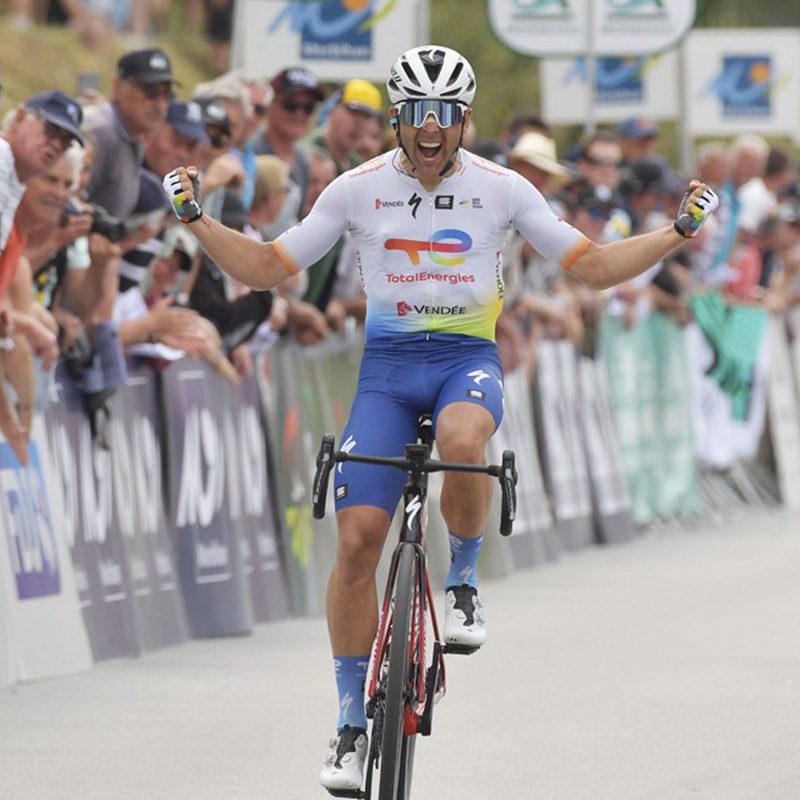 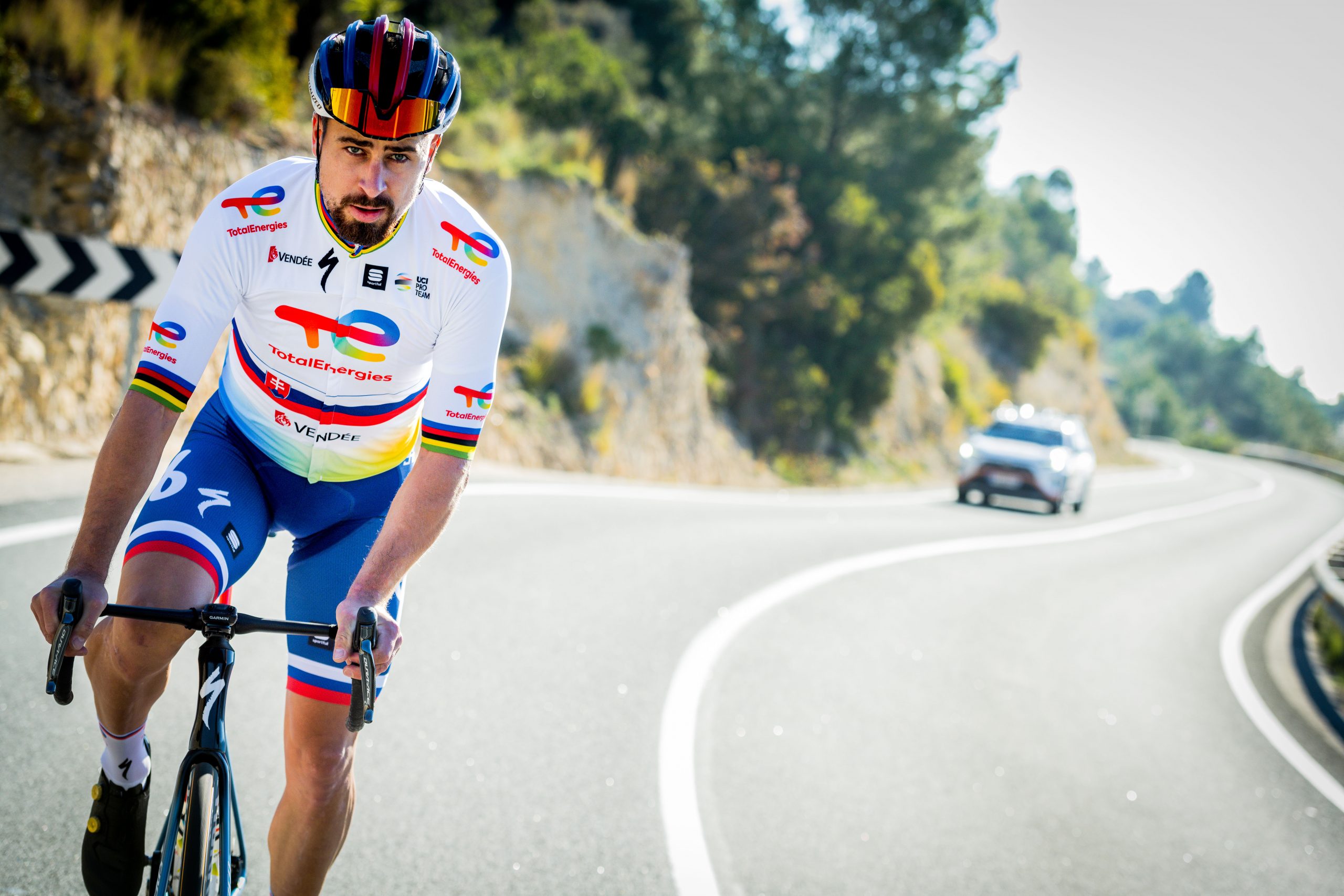 Peter Sagan is back training
After a preparation that was cut short by Covid-19 last January, Peter Sagan did not manag... 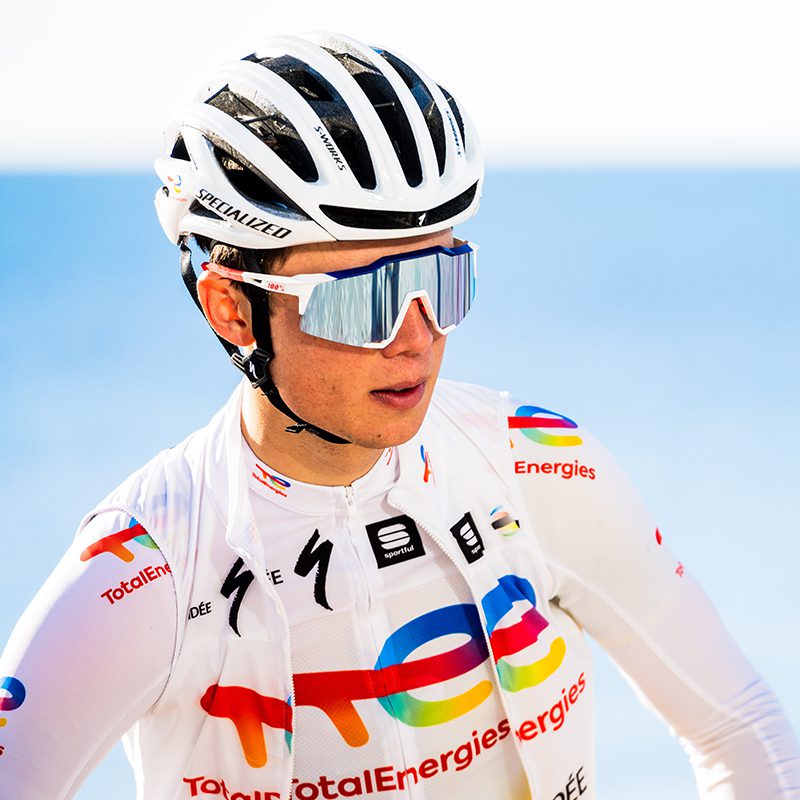 Valentin Ferron: “I’m progressing at my own pace”
At the age of 24, Valentin Ferron will be taking part in his third Liège-Bastogne-Liège ...
© Team TotalEnergies 2022 All rights reserved | Cookies policy | Legal information | Website design